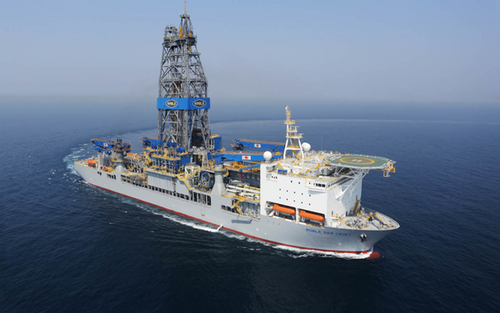 While many of us are focused on America’s energy production, a tide of giant oil discoveries is swelling around the world with the latest news coming from Houston-based Apache Corp. But before we get there it’s worth noting that Apache has found itself in a similar boat as other E&Ps struggling with commodity prices, losses and capital constraints. With the sudden departure last October of its head of worldwide exploration, the company’s stock took a dramatic tumble amid rumors it could become a takeover target. Undeterred, Apache moved forward on its quest to explore Block 58, comprised of 1.4 million acres offshore the tiny South American nation of Suriname. After disappointing results from its West Texas discovery, the company didn’t just need a break; it needed a new growth asset. Apache drilled its first Block 58 well, which tested positive for hydrocarbons in multi-stacked targets and confirmed geological models for oil and condensate in shallower zones and oil in deeper zones. 3-D seismic imaging suggests a major new discovery already this year.