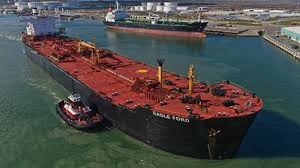 It’s Good to Be the King

Reese Energy Consulting can’t help but compare yesterday’s news about U.S. oil exports to actor Mel Brooks who, performing as Louis XVI in 1981’s History of the World Part I, proclaimed “It’s good to be the king!” For the first time in 75 years, the U.S. officially has become a net exporter of crude oil, breaking more than seven decades of dependence on foreign supplies, going back as far as 1941. We’ve been heading in this direction all year, surpassing Saudi Arabia back in February then Russia this summer. Last week, the U.S. sold a net 211,000 bpd of crude, gasoline and diesel overseas thanks to our extraordinary shale revolution and the crude produced in the prolific Permian, Bakken and Marcellus basins. What’s more, with new pipelines and midstream infrastructure slated to go online next year, our natural gas-LNG fuels are bound to set historic export records as well. Cheniere Energy shipped its first cargo of LNG ahead of schedule on Monday from its newly christened Corpus Christi facility, marking the first ever U.S. LNG shipment from Texas. Yep, it’s good to be the king. What do you think?

by reeseenergyconsulting
2
The Importance of Training Manufacturers in the Oil, Gas and Midstream Industries

Previous post The Importance of Training Manufacturers in the Oil, Gas and Midstream Industries