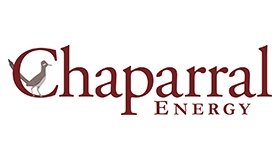 The Fleet-Footed Roadrunner Finds its Purchase in the STACK

Reese Energy Consulting is following the extraordinary comeback of one of Oklahoma’s most tenacious oil and gas producers. Less than two years ago, Okla. City-based Chaparral Energy emerged from the one of the most dreaded situations any oil and gas producer could face—Chapter 11. With a new capital structure, borrowing base, and a then-100,000 net acre position in the STACK, Chaparral high-tailed it to the Anadarko Basin with a singular focus to ramp up its drilling activity there. After identifying more than 3,000 potential drilling locations, the company said last May that it planned to drill 61 wells in 2018. Fast-forward to Jan. 8, 2019 when Chaparral announced in its 4Q earnings statement that the company had replaced more than 500% of its 2018 STACK production and grew its STACK reserves by nearly 50% over 2017. Although Chaparral maintains 265,000 net acres in the Mid-Continent, the company continues to spread its wings in the STACK with a now-127,000 net acre position across five counties. As its roadrunner logo implies, this bird is never satisfied sitting still and we can’t wait to read Chapter 2.

by reeseenergyconsulting
2
Thank you, Dr. King

Do You Believe in Coincidences?