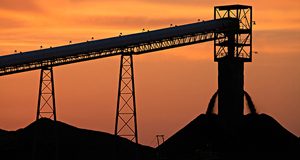 For Tulsa-based Alliance Resource Partners, steam coal has proved a rock-solid bet over the company’s 48 years and demand shows no signs of waning. But that hasn’t stopped Alliance from looking ahead to the future by investing in a different rock to diversify its asset base—the shale kind. Reese Energy Consulting today is studying the latest news from Alliance, which just announced it will acquire 9,000 net royalty acres in the Permian’s Midland Basin for $145 million. This adds to the company’s existing mineral rights of 43,000 net royalty acres in the Anadarko, Permian, Williston and Appalachian. The Midland acquisition includes 783 gross horizontal wells producing 460 BOEPD, 70% of which is oil; 441 drilled but uncompleted wells; and 279 permits with exposure to more than 400,000 gross acres. As the second-largest coal producer in the U.S., Alliance enjoyed increased coal sales volumes and prices during the first quarter to generate $467 million in coal revenues alone, vs $423.6 million in the same quarter last year. Mining new opportunities to stay ahead of the curve is always smart business and Alliance appears to be digging in with both heels.

by reeseenergyconsulting
4
Let’s Build Those Bones

Miracles in the Mile-High