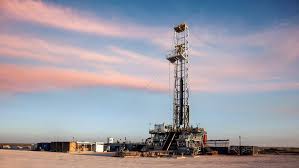 Now that Houston-based Occidental Petroleum has closed on its Anadarko megadeal, one thing is abundantly clear: Action speaks louder than words when you’re under the gun to reduce debt and monetize assets pronto. Reese Energy Consulting today is following the latest news from the Permian’s largest operator to partner with Columbia-based Ecopetrol to develop Oxy’s now-97,000 acres in the Midland sub-basin. Valued at $1.5 billion, the joint venture will include Ecopetrol’s initial investment of $750 million at closing later this year and another $750 million during the development period over the next five years. Ecopetrol will pay 75% of the capital expenditures and Oxy will receive 51% of all production. Occidental says the deal will accelerate the company’s strategy in the Midland with the application of its industry-leading CO2 enhanced oil recovery technologies to produce more oil from existing wells. Ecopetrol looks to leverage that knowledge for its own unconventional shale work in Columbia where Oxy has increased its gross acreage there to 2 million.

Next post The Grand Prix Is in High Gear

The Grand Prix Is in High Gear