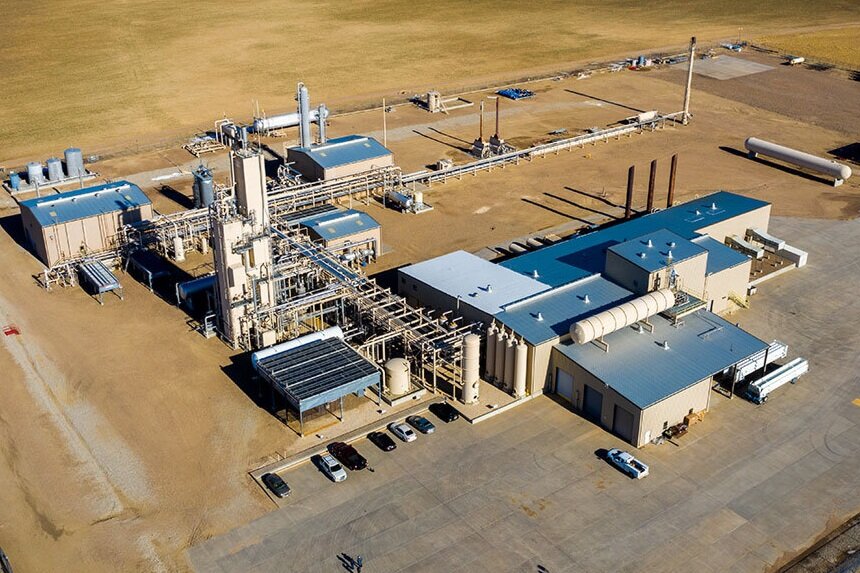 Natural Gas and the Helium Factor

Situated near the Colo.-Kansas border, Tumbleweed Midstream’s Ladder Creek System is one of a few natural gas processing plants in the U.S. that also extracts, purifies, and liquefies helium. Gas streams in this region are among the most helium-rich with average concentrations as high as 3%, and Ladder Creek is the only cryogenic plant in the area with the ability to extract the helium and purify it up to 99.999%. Reese Energy Consulting today is following the latest news from Tumbleweed, which has had a change of heart about selling the Ladder Creek gathering and processing system after acquiring it from DCP in 2019. For now, the system is off the market.

Back in April, Kansas-based American Noble Gas announced a joint venture to drill and complete up to 50 wells in the Hugoton, the largest conventional natural gas and helium field in North America. Following its first spud that same month, American Noble now has returned with initial results, reporting a helium concentration of .5% from 100 MCFD of produced gas. The company is currently in talks with potential buyers. Helium is a vital element used across the globe to manufacture everything from MRI magnets and semi-conductor chips to computer hard drives and microscopes. The U.S. is the world’s largest supplier producing more than 77 million cubic meters a year.

by reeseenergyconsulting
0
Momentum in the Haynesville