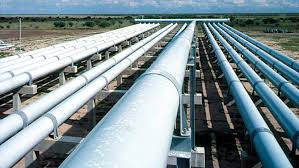 Reese Energy Consulting is following the big announcements yesterday from Oklahoma City-based Enable Midstream, which announced it will acquire Tulsa-based Velocity Holdings for an estimated $442 million. Velocity owns and operates the only integrated crude oil and condensate gathering and transportation system in the SCOOP and Merge plays. The acquisition includes 150 miles of pipeline capable of flowing approximately 225,000 BPD, 400,000 barrels of owned and leased storage, and 26 truck bays. In addition, the deal includes a 60% interest in a 26-mile pipeline system JV with a third party that owns and operates a refinery in Wynnewood, Okla. Enable jointly announced the company also will expand its crude oil and water gathering systems in the Williston Basin by adding up to 72,000 BPD of crude oil gathering design capacity. This latest news follows Enable’s announcement in September to construct a 165-mile natural gas pipeline from Louisiana to Gulf Coast markets for an estimated $550 million.

by reeseenergyconsulting
2
What’s the Big Deal?