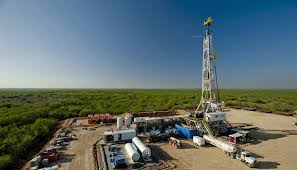 While the Reese Energy Consulting team is out on assignments this week, we also are studying the beehive of new activity in the Eagle Ford shale play. Former Texas Governor Rick Perry led a 10th anniversary celebration in San Antonio last Friday of the first successful horizontal oil well drilled there, which would then launch the area into the oil and gas stratosphere by 2012. The collapse in crude prices two years later would all but dim the Eagle Ford’s celebrity but now a major resurgence in drilling activity just may see the Eagle Ford’s star power back on the rise. Following its stellar Q3 performance announced Monday, Okla. City-based Chesapeake today says it will acquire Houston-based Wildhorse Resource Development for nearly $4 billion. The deal will add 420,000 net acres and 5 operating rigs to Chesapeake’s existing position in the Eagle Ford and enable the company to double its oil production by 2020. From all of us at Reese Energy Consulting, happy anniversary Eagle Ford and congratulations Chesapeake. Seems your stars have aligned.

Next post We Think Lloyd Noble Would Be Proud

We Think Lloyd Noble Would Be Proud