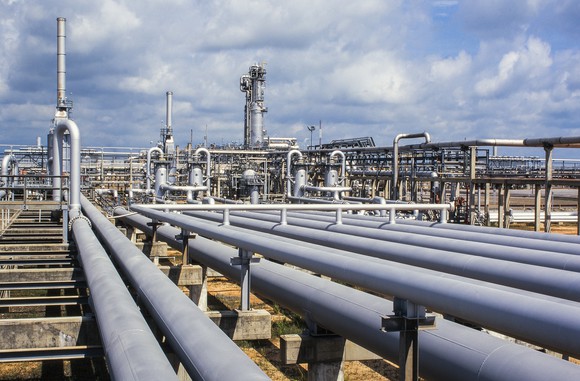 If you weren’t aware, Oklahoma officially recognizes 8 seasons: Spring, Summer, Fall, Winter, and 4 earnings’ seasons. Reese Energy Consulting today is studying Tulsa-based ONEOK’s 2018 4Q and full-year report released just yesterday that continues to illustrate the dramatic impact Oklahoma’s oil and gas economy makes on our own state as well as the nation. ONEOK announced a net income of $1.15 billion for the year compared to $388 million in 2017. That’s some gravy. The company completed a host of midstream projects during 2018 that included a 60,000 BPD expansion of its Sterling III NGL pipeline and NGL gathering expansion in the STACK; its Canadian Valley NGL plant in Calumet, Okla.; and its ONEOK Gas Transportation pipeline in the STACK. ONEOK plans to continue its growth strategy in 2019 with even more expansions and project executions to come—and here’s their jewel phrase every midstream company wants to be able to say, “No expected equity needs” for the year. To our friends and clients at ONEOK, congratulations. You rocked it.

by reeseenergyconsulting
2
Relieving Gas Pains One Client at a Time

Previous post Relieving Gas Pains One Client at a Time