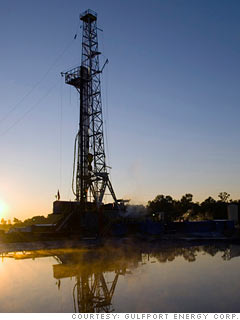 Reese Energy Consulting today recognizes Okla. City-based Gulfport Energy, which just last week released its 2018 4Q earnings and full-year report. You may already be aware that Oklahoma ranks third in the nation for natural gas production, but you might not know that Gulfport is one of the largest producers of gas in the contiguous U.S. With generous positions in the Utica Shale, Southern Louisiana, and the prolific SCOOP, Gulfport is a force to be reckoned with having ranked 23rd out of Fortune magazine’s 100 fastest-growing companies back in 2008. Ten years later this independent continues to both impress and deliver. At year-end 2018, the company reported 4.7 Tcfe total proved reserves, averaging 1,360.3 MMcfe per day of natural gas, NGLs and oil. For the full year, Gulfport realized a net income of $430.6 million on oil and gas revenues of $1.4 billion. Nice job, great leadership, and a solid congratulations to the men and women of Gulfport.

As Producers Boost, Midstream Gets Juiced