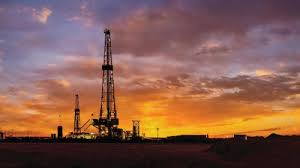 Headlines are screaming that Exxon, Chevron, BP and other majors are doubling down on their Permian bets with hyper-aggressive growth plans. Reese Energy Consulting today is studying the dynamic between independent producers and the energy titans looking to dominate the hottest play in the U.S. While many independent producers there are focused on cash flow neutrality and increasing returns for 2019, the Big Boys plan to dig in with both heels. Exxon looks to increase its Permian production to more than 1 million BPD over the next 5 years. Chevron expects to double its output to 900,000 BPD by 2024. If you recall, the major players initially ignored the shale game—and the Permian, well, that was just some dusty bygone somewhere in Texas and New Mexico. That is until independent producers proved otherwise with that “thing” called hydraulic fracturing. In the blink of an eye, the majors came calling and now account for 16% of Permian production. But somehow, we don’t think independents like Apache and Concho have anything to worry about. They both remain among the largest shale producers in the Permian.

by reeseenergyconsulting
2
We Heard it Through the Pipeline…