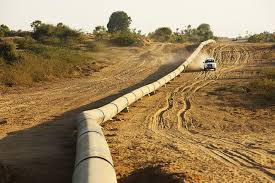 No Double Vision for Targa

You don’t become one of the nation’s largest independent midstream companies without a visionary willing to take that mile-high leap. Reese Energy Consulting today is following news on Houston-based Targa Resources, which closed a $1.6 billion deal on April 4 to sell a 45-percent minority stake of its natural gas and crude oil assets in the Bakken. A portion of the proceeds will fund its new joint venture with Tulsa-based Williams to expand NGL infrastructure between Conway, Kan., and the Gulf Coast, enhancing market access and opening additional markets. Here’s how it will look: Targa will construct a 110-mile extension of its Grand Prix NGL pipeline from southern Oklahoma to the STACK. Williams will build its 188-mile Bluestem NGL Pipeline to an interconnect with Grand Prix, terminating at Targa’s downstream resources in Mount Belvieu and Galena Park, Texas. Not long ago, one of Targa’s early-day founders Roy Johnson, and friend of REC CEO Steve Reese, looked to create a premier midstream company with vision and impeccable timing. When opportunity waved hello, Roy was ready with a handshake. Right now, we think he’d be mighty proud.

by reeseenergyconsulting
3
Chasing the SCOOP