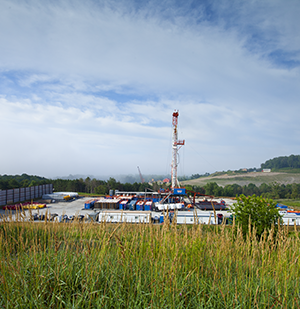 When Daniel Rice III in 2015 took his two-year company Rice Energy and Rice Midstream Partners public, he turned a $30 million investment into billions. The independent E&P focused on drilling natural gas properties on 85,000 acres in the Marcellus and 55,000 in the Utica—producing 161 MMCF per day. But the senior Rice also held three aces in his pocket, which he credited for the company’s near-overnight success—his sons. CEO Daniel IV, COO Toby, and VP Exploration and Geology Derick. Barely in their mid-20s at the time with little to no management experience, that didn’t stop the brothers from learning the business inside and out. Attracting bright, driven and entrepreneurial minds to their team, Rice Energy took off like a rocket and quickly caught the attention of Pittsburgh-based EQT, which then acquired Rice in 2017 for $6.7 billion. But EQT’s inability to integrate the two companies into a cohesive powerhouse and its disastrous operating results last year resulting in a 40% drop in its stock, brought the Rice brothers back where they’ve now regained control of EQT’s board and management, and possibly winning the largest proxy battle of 2019.

by reeseenergyconsulting
4
The Haynesville Gets a New Quarterback