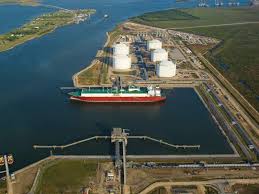 Meanwhile, Down on the Bayou…

Not long ago, Cameron Parish, La., was known primarily for the wrath of hurricanes Rita and Ike, which kept construction (or re-construction) there a year-round employer for those who called the parish home. Fast-forward to 2019, where the clangs and bangs of construction no longer echo from the rebuild of houses, schools and churches, but LNG export facilities. Reese Energy Consulting today is following the latest news from Cameron Parish and the Calcasieu Pass LNG project, which just landed $10 billion in equity investments. Construction began on the terminal earlier this year as part of more than $100 billion in infrastructure projects within a 25-square-mile radius. Just last month Cameron LNG waved bon voyage to its first tanker shipment as part of the commissioning process. While still in its infancy, the LNG revolution has re-animated this part of the state, which lost nearly one-third of its population following Rita and Ike and continued to decline. But the rush of LNG export companies to Cameron Parish has now changed all that with an historic 1,992% increase in the number of jobs there and LNG rising to the top GDP in the state.