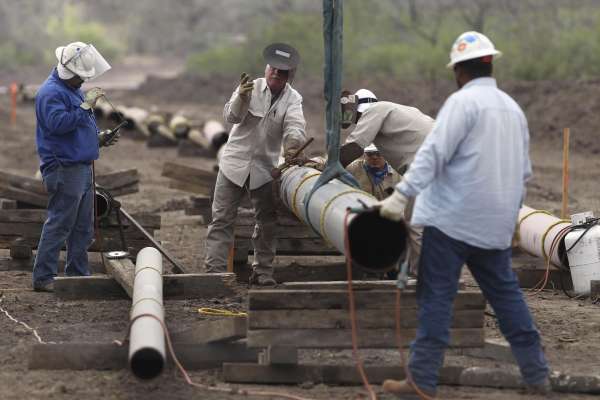 A Boost of EPIC Proportions

For producers mired in a drought of crude oil takeaway capacity in the Permian and Eagle Ford, relief is coming like a cool summer rain. Reese Energy Consulting today is studying the latest news from San Antonio-based EPIC Midstream and its two long-haul pipelines set to transport oil and NGL supplies there to the Texas Gulf Coast. EPIC’s 730-mile crude pipeline and 700-mile NGL pipeline will run parallel from southeast New Mexico to the company’s terminals and refinery connections in Corpus Christi. EPIC has begun filling the 400,000 BPD crude line and will begin exporting oil from its South Texas terminal by year end. Construction also has begun on a second dock at the terminal, which will be capable of loading Suezmax tankers that can carry up to 1 million barrels. Due to the growing volumes of oil in the Permian and Eagle Ford, the company will dedicate the last portion of its NGL line to transport crude until the completion of its fractionator early next year. The line will then convert back to NGL service.

by reeseenergyconsulting
5
Hellos and Farewells in the Anadarko Basin

Previous post Hellos and Farewells in the Anadarko Basin