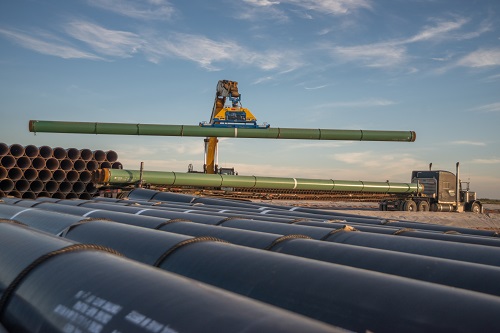 With 40 pipelines under construction from their Texas origination point, it’s a wonder work crews aren’t tripping over each other’s Wolverines. REC today is following the midstream companies building the infrastructure to courier historic volumes of crude supplies from the Permian to the Gulf Coast. As we discussed yesterday, a portion of EPIC’s NGL line will be temporarily converted to transport oil as the surge of crude continues. Along with EPIC’s new crude line, Phillips 66 Gray Oak Pipeline also is on track to begin service from the Permian to the Gulf later this year. And there’s more good news ahead for producers to get crude supplies to the coast. Plains All-American just announced its Cactus II pipeline will begin commercial service next week with connectivity to Corpus Christi by mid next year. With 90% of pipe in the ground, the Cactus II will be capable of moving 670,000 BPD, and adding its name to midstreamers helping producers capture the best prices for their goods.

by reeseenergyconsulting
5
A Boost of EPIC Proportions