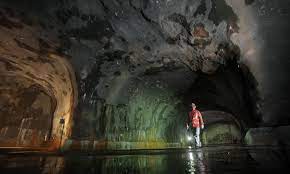 Storing large quantities of fuels like unrefined petroleum and natural gas in underground salt caverns isn’t a new concept. Take the nation’s Strategic Petroleum Reserve, for example, and about 35 other salt cavern facilities that currently store gas. Most of these caverns are located in Gulf states. But 1,536 miles from Galveston, Texas, to Delta, Utah, a new salt cavern project measuring a half-mile wide and a mile deep is on track to help generate enough clean electricity to power 150,000 households for one year. Reese Energy Consulting today is following the latest news on the Advanced Clean Energy Storage (ACES) project, which will build the world’s largest renewable energy reservoir 130 miles south of Salt Lake City. The plant will initially use 70% natural gas and 30% green hydrogen before expanding to 100% green hydrogen by 2045 with up to 100 metric tons produced every day. The hydrogen will fuel the project’s power plant to produce 1,000 MWs of electricity and will be stored in two underground salt caverns at the massive ACES site. Phase I will provide 150,000 MWh (ultimately 300 GWh) of renewable power storage capacity and is slated for completion in 2025.

Previous post Build It and By Gosh They’ll Come Running

The Waiting Is the Hardest Part