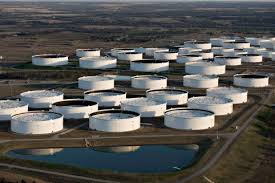 When Lotus Midstream was formed less than two years ago, founders Mike Prince and Emily Baker went straight to work leveraging their heavyweight oil and gas relationships. Working together at Sunoco Logistics/Energy Transfer, the two brought complementary talents and vision to their new midstream business and quickly earned financial backing from Encap Flatrock. REC today is following the latest news from Texas-based Lotus, which just announced a binding open season for the proposed Augustus Pipeline scheduled to go online by end of next year. The Augustus will run from the company’s Centurion Terminal in Midland to Crane, Texas, where it will connect to multiple long-haul pipelines. For a young midstream player, Lotus has bloomed into quite the success story. Eight months into business, it acquired the Centurion system from Occidental. A month later, the company joined forces with Exxon and Plains All American in a joint venture to build the Wink-to-Webster Pipeline capable of transporting 1 million BPD. The pipeline is slated to begin service in the first half of 2021. For a portfolio, that’s quite the bouquet.

by reeseenergyconsulting
6
More Pipe for the Permian

Next post Devon Check Marks All the Right Boxes