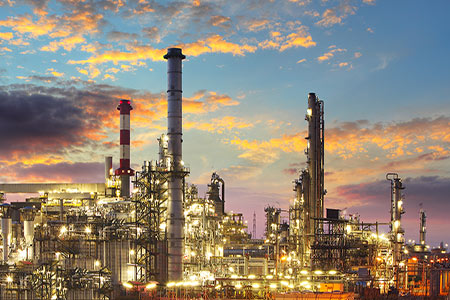 The newest refinery in the U.S. is the Texas International Terminals in Channelview, which came online in February joining 129 other refineries across the nation. Even the thought of building a refinery—especially now—seems a waste of brain cells. But one company has a grand vision to construct the petroleum refinery of the future that will reduce or eliminate 95% of greenhouse gas emissions. The only decision left is whether Texas or Okla., will call it home.

Reese Energy Consulting today is following the latest news from El Campo, Texas-based Prairie Energy, which plans to construct a $5.56 billion “next generation” crude refining complex that not only will produce cleaner fuels but the heat processes to produce them will use a combination of pure O2, blue hydrogen, and green hydrogen. CO2 produced from the hydrogen unit will be captured and permanently sequestered. The facility itself will be powered by 100% renewable electricity.

Prairie Energy expects to produce 91.25 million barrels per year of gasoline, diesel, and jet fuel from oil shale in the Permian, Eagle Ford, DJ, and Bakken. A new refined products pipeline will flow supplies to neighboring terminals. The 400-acre complex will include an eight-bay truck loading terminal, a 300-car rail terminal, and a four-barge marine terminal.

by reeseenergyconsulting
0
Summit Triples Up in the DJ

Are We LNG Oversold?