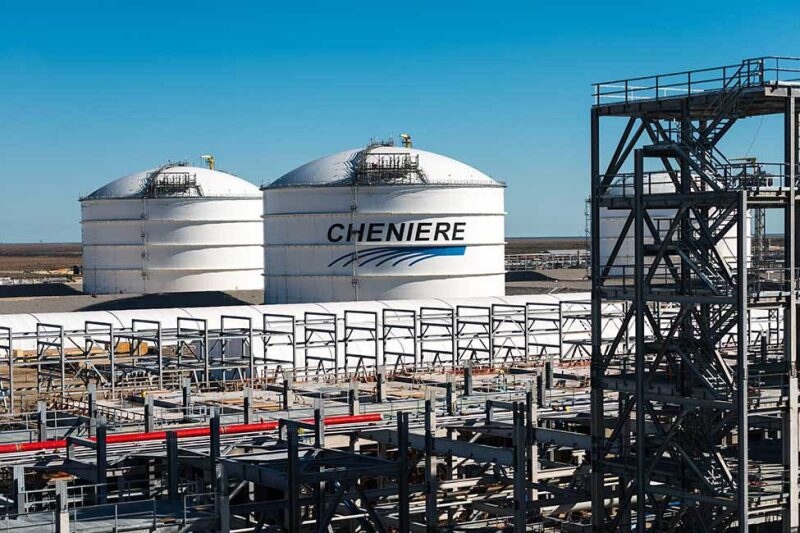 Houston-based Cheniere, the nation’s largest LNG producer, has big aspirations for its growing LNG export facility in Corpus Christi. The company is eyeing a series of expansions through 2031 following a FID in June to construct Stage 3 and seven more trains. Already under construction, Stage 3 will add 10 mtpa of capacity to the existing 15 mtpa and is slated for completion in 2025. Reese Energy Consulting today is following news from Cheniere World, which last week announced plans to effectively double its capacity at Corpus with the addition of two more trains and another 1.64 mtpa. And with increased capacity of terminals on the Gulf Coast comes the need for more feed gas sources and the pipelines to deliver them. The latest figures suggest new midstream infrastructure projects servicing the Permian will add 4.1 BCFD of gas takeaway by 2024. Gas demand currently sits at 11.8 BCFD. Cheniere now has joined Austin-based WhiteWater Midstream and its Whistler pipeline in a joint venture to build the 43-mile ADCC Pipeline, which will extend from Agua Dulce to Cheniere’s Corpus terminal. The new line will have an initial capacity of 1.7 BCFD expandable to 2.5 BCFD.

by reeseenergyconsulting
0
Summit Bows Out, Steel Reef Moves In

Talos Reels in a Big One