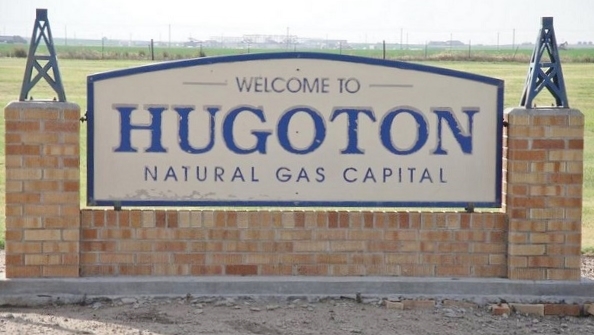 New Explorations in the Hugoton

While the Marcellus/Utica, Permian, and Haynesville tend to grab the juicy headlines when it comes to major gas production, the Hugoton remains the largest conventional onshore natural gas and helium field in North America—and new activity there is ramping up.

Straddling southwestern Kans., and northern Okla., the Hugoton has been in decline for years. Still, remaining gas reserves are an estimated 28 TCF with the basin potentially viable to 2050. And for two E&Ps, the basin’s unique geology offers many layers yet to be explored.

Reese Energy Consulting today is following the latest news from the Hugoton where Kans.-based American Noble Gas has big plans to recover natural gas, helium, and brine minerals in areas thought depleted. American now has acquired a 40% interest in gas field operations in Haskell and Finney counties, Kans., in a farmout agreement that includes midstream infrastructure. The company and its new JV look to drill and complete up to 50 wells starting with its first spud this month.

In related news, Vancouver-based Total Helium has commenced first sales from its Hugoton project. The company’s lease position checks in at 115,000 acres where Total expects to drill up to 180 wells with every intention to reinvigorate production.

When the World Gives You Lemons…